Posted on July 25, 2017 by essentialdailyscriptures

Are you of a “certain class?” Granted we have no caste system as India does, and we imagine that–unlike Great Britain with its lords and ladies–we live in an egalitarian society. But do we? Is there really no class distinction here in the U.S.? And if there is, how does where we find ourselves on the socioeconomic spectrum affect our perception of God?

I recently read a fascinating book by Joan C. Williams, written in response to President Trump’s election to the presidency. It is entitled “White Working Class: Overcoming Class Cluelessness in America,” and the author wrote it specifically to “…[focus] on the class comprehension gap.”

In it, she arbitrarily splits our culture into three separate categories: the poor (defined as the bottom 30% of families with a median household income of $22,500), the (middle) working class (defined as families in the middle 53% with incomes ranging from $41,005-$131,962, plus higher incomes without a college graduate), and the professional-managerial elite--whom she calls the PME (defined as families in the top 20% with at least one college graduate and a median income of $173,175).

Her own credentials are that she  “grew up in Princeton, went to Yale College, Harvard Law School, and MIT, and…[has] been a law professor for nearly 40 years.” As a member of the PME, she is clearly well qualified to offer her assessment of how this group tends to think, feel, and act. By her own admission she does not believe there is a God, and although I find her opinion as to why many Christ-followers tend to be from the working class somewhat missing the point (even as it legitimately identifies a void), her insight as to why few from the PME believe is spot-on and confirms Scripture.

To explain, the writer of the Old Testsment book of Proverbs pleads, “…give me neither poverty nor riches, but give me only my daily bread. Otherwise, I may have too much and disown You and say, ‘Who is the LORD?’ Or I may become poor and steal, and so dishonor the name of my God.” (‭‭Proverbs‬ ‭30:8-9‬ ‭NIV‬‬)

The arrogance of the excessively rich is reminiscent of Pharoah’s reply to Moses: “Who is the LORD, that I should obey Him…? I do not know the LORD and I will not [obey Him]…” (Exodus‬ ‭5:2‬ ‭NIV‬‬) And we all know how that ended for him.

Neither excessive poverty nor inordinate wealth is good. Being too poor intensifies the temptation to dishonesty, while too much wealth engenders in us a perceived independence from and arrogance against God.

I found particularly curious her opinion as to why “religion” is predominantly populated by the lower classes–a fact, incidentally, confirmed by Scripture:

She explains that because success in the professions is typically predicated on a high degree of commitment, the professional managerial classes derive their identity almost exclusively through their life-work–they see themselves primarily as an attorney, an architect, a surgeon, a professor. She then extrapolates the converse–that because those without meaningful work (she gives the example of a toilet salesman) cannot derive a meaningful identity from what they do, they seek to find it elsewhere, as in religion.

These proclivities are problematic–regardless of which end of the stick you find yourself at. If you are part of the professional class you need to be vigilant to legitimately guard against idolatry–the demands of your professional life certainly may be so all-encompassing that you feel you have become your profession, but just as with the British saying “being in the service of Her Majesty the Queen,” regardless of who we are, what we do, or what we own, we are in the service of the King of Kings–and will answer to Him someday, as will all mankind!

If you are at the other end of the spectrum and find no suitable means of self-identity in your work, you need to guard against making your religion merely your crutch. Religion is not, as Marx insisted, an “opiate of the masses.” Christ is our identity, not because we adhere to lower-class thought patterns or because we have nothing “better” to define ourselves by (what possible identity could be better?!)–He is our identity because He is the only One worthy!

So while a poorer person might look to God for his material survival, and a working class individual for identity and validation–a professional managerial class individual may not feel he needs God for either of these reasons because he has enough wealth to not only survive but thrive, and a worthwhile career. Nonetheless, all three classes have an acute need of the forgiveness God provides in Christ alone, and all will stand before Him. Rich or poor, on that day the only thing that will matter is if we are clothed with Christ.

“And I saw the dead, great and small, standing before the throne, and books were opened…The dead were judged according to what they had done as recorded in the books…Anyone whose name was not found written in the book of life was thrown into the lake of fire.” (Revelation‬ ‭20:12, 15‬ ‭NIV‬‬)

On that day, may You see Christ in me, my only hope of glory! Amen. 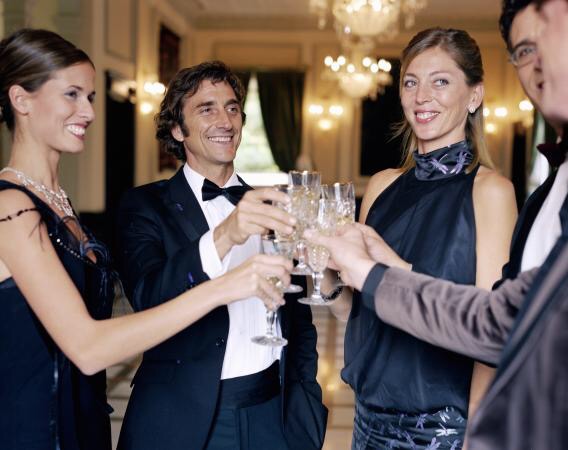 Do you want to grow in your knowledge of our Lord and Savior Jesus Christ, but aren’t sure where to start? Essential Daily Scriptures is a ministry for people who want to study God’s Word, but don’t have a lot of time. Each day’s study covers one verse and takes approximately fifteen minutes, incorporating significant amounts of Scripture directly from the NKJV Bible, so you’re able to get right into God’s Word with a minimal time investment on a daily basis. May “the Father of glory…give to you the spirit of wisdom and revelation in the knowledge of Him.” (Ephesians 1:17b)
View all posts by essentialdailyscriptures →
This entry was posted in Uncategorized and tagged Harvard, Harvard Law School, Joan C. Williams, PME, Princeton, professional managerial elite, social class, white Working Class, Yale. Bookmark the permalink.