Posted on May 24, 2016 by essentialdailyscriptures

How many gods are there? Is there just One, the God of the Christian Bible? Or are there others, whom many in our multi-cultural and ever-increasingly shrinking world pay homage to? More to the point, isn’t it narrow-minded and wrong of those of us who worship the Biblical God to reject the gods of other cultures? Let’s face it, we live in an interesting time. Years ago, religious diversity referred to whether you were a Lutheran or a Catholic; these days we have Muslims, Buddhists, Hindus, Shinto, Confucians and others, and increasingly, we may feel presumptive insisting OUR God is the true God–almost as if we are selfish little children not wanting to play the other kids’ games. Yet religious belief is neither a game or nor any other value-neutral issue: it has life and death significance, and we cannot agree with those who are wrong simply to get along.

“They know the truth about God because he has made it obvious to them. For ever since the world was created, people have seen the earth and sky. Through everything God made, they can clearly see his invisible qualities—his eternal power and divine nature. So they have no excuse for not knowing God. Yes, they knew God, but they wouldn’t worship him as God or even give him thanks. And they began to think up foolish ideas of what God was like. As a result, their minds became dark and confused. Claiming to be wise, they instead became utter fools. And instead of worshiping the glorious, ever-living God, they worshiped idols made to look like mere people and birds and animals and reptiles.” (‭‭Romans‬ ‭1:19-23‬ ‭NLT‬‬)

The question of the God, god, or gods you worship must be addressed in a historical perspective. If you read the verses above carefully you will see that there is only one God–everything else is a subversion of the truth by sinful human beings. Not only is His existence obvious simply by observing the grandeur and regularity of nature, it always has been so–He made it that way. And even though with the evolution or not argument the issue is now being further obscured, for millennia His existence was rightly not even questioned. Yet, after the Fall, people turned away from worshipping the true God–the One who made them: “…they began to think up foolish ideas of what God was like.”

(1) Some cultures worship statues and images, “idols made to look like mere people and birds and animals and reptiles:”

“Some people make idols, but they are worth nothing. People treasure them, but they are useless…They know nothing, so they will be ashamed. Who made these gods? Who made these useless idols? The workmen who made them will be ashamed, because they are only human. If they all would come together, they would all be ashamed and afraid. One workman uses tools to heat iron, and he works over hot coals. With his hammer he beats the metal and makes a statue, using his powerful arms. But when he becomes hungry, he loses his power. If he does not drink water, he becomes tired. Another workman uses a line and a compass to draw on the wood. Then he uses his chisels to cut a statue and his calipers to measure the statue. In this way, the workman makes the wood look exactly like a person, and this statue of a person sits in the house. He cuts down cedars or cypress or oak trees. Those trees grew by their own power in the forest. Or he plants a pine tree, and the rain makes it grow. Then he burns the tree. He uses some of the wood for a fire to keep himself warm. He also starts a fire to bake his bread. But he uses part of the wood to make a god, and then he worships it! He makes the idol and bows down to it! The man burns half of the wood in the fire. He uses the fire to cook his meat, and he eats the meat until he is full. He also burns the wood to keep himself warm. He says, “Good! Now I am warm. I can see because of the fire’s light.” But he makes a statue from the wood that is left and calls it his god. He bows down to it and worships it. He prays to it and says, “You are my god. Save me!” Those people don’t know what they are doing. They don’t understand! It is as if their eyes are covered so they can’t see. Their minds don’t understand. They have not thought about these things; they don’t understand. They have never thought to themselves, “I burned half of the wood in the fire and used the hot coals to bake my bread. I cooked and ate my meat. And I used the wood that was left to make this hateful thing. I am worshiping a block of wood!” He doesn’t know what he is doing; his confused mind leads him the wrong way. He cannot save himself or say, “This statue I am holding is a false god.”” (Isaiah‬ ‭44:9-20‬ ‭NCV‬‬)

(2) Other cultures choose to worship nature–thunder, or the leaves and the trees and the mountains: “…They worshiped and served what had been created instead of the God who created those things…” (Romans‬ ‭1:25‬ ‭NCV‬‬) The natural world IS magnificent, but it is not inhabited by “kami’s”–spirits or gods: it is a reflection of the power and grandeur and might of the God who made it!

(3) Yet other cultures corrupt the truth even further by saying we ourselves are gods–a distortion of the truth that the true God places His Spirit within us when we submit to His authority and trust in Christ for forgiveness and salvation. As His followers, we have His guidance within us, but we ourselves are still very much human:

“But the Comforter (Counselor, Helper, Intercessor, Advocate, Strengthener, Standby), the Holy Spirit, Whom the Father will send in My name [in My place, to represent Me and act on My behalf], He will teach you all things. And He will cause you to recall (will remind you of, bring to your remembrance) everything I have told you.” (John‬ ‭14:26‬ ‭AMP‬‬)

The presence of sin has, indeed, distorted our understanding. Apart from what God Himself reveals to us, we can know He exists and that He is powerful and majestic, but not much else. But what about monotheistic faiths like Judaism and Islam that worship neither manmade idols or the natural world, nor claim we ourselves are divine? Let’s examine these individually.

Jesus fulfilled the prophecies about Himself in Scripture: He did not come to do away with Judaism, but to fulfill it. Specifically,  as He explained, “Do not think that I have come to do away with or undo the Law or the Prophets; I have come not to do away with or undo but to complete and fulfill them. For truly I tell you, until the sky and earth pass away and perish, not one smallest letter nor one little hook [identifying certain Hebrew letters] will pass from the Law until all things [it foreshadows] are accomplished.” (‭‭Matthew‬ ‭5:17-18‬ ‭AMP‬‬)

So Judaism and Christianity are not really two different religions: the latter is a fulfillment of the promises God made within the former. Yet because many in Judaism rejected Jesus Christ, today’s Judaism sadly also deviates from the truth. But what of Islam? Is it not an even more perfect revelation of the will of the one, true God, its Koran having been written even after the New Testament of the Christian Bible? The answer to this is, no, it is not.

God is not a God of confusion or contradiction. He will never send subsequent revelation to negate previous revelation. “God is not a human being…and he does not change his mind. What he says he will do, he does. What he promises, he makes come true.” (‭‭Numbers‬ ‭23:19‬ ‭NCV‬‬) Christianity did not invalidate Judaism–Jesus didn’t proclaim a new religion; He fulfilled the Jewish Scriptures. The writing of Muhammad, however, while taking bits and pieces of the Old and New Testaments of the Bible, have rejected significant portions of it and reinterpreted them into a completely new and different religion. The entire message of both the Jewish Scriptures and Christian Bible is one of God doing, through the person of His Son Jesus Christ, what mankind could not–paying the penalty of sin and saving those who acknowledge their sin, believe in the finished work of Christ, and follow Him. The Koran completely alters this message of God’s finished work of salvation back into the same message of all false religions–that human beings have to work their way into God’s favor.

And that, ultimately, is what gives all deviations from and subversions of faith in the true God away. All other religions present a picture of mankind working its way up to a god or gods–an impossible scenario, because mankind can do nothing to obliterate his sin. Only the divine intervention of God Himself through Jesus Christ–the perfect for the imperfect–deals with the issue of sin.

So, how many gods ae there? One. There is one God, the Creator, Savior and Sustainer God. All others are mankind’s subversions of Him, and it is not only not wrong of us to not say so–it is imperative that we do!

Clear our minds. Help us see You, the one, true God, and come to faith in You, and in Your Son, Jesus Christ! Amen. 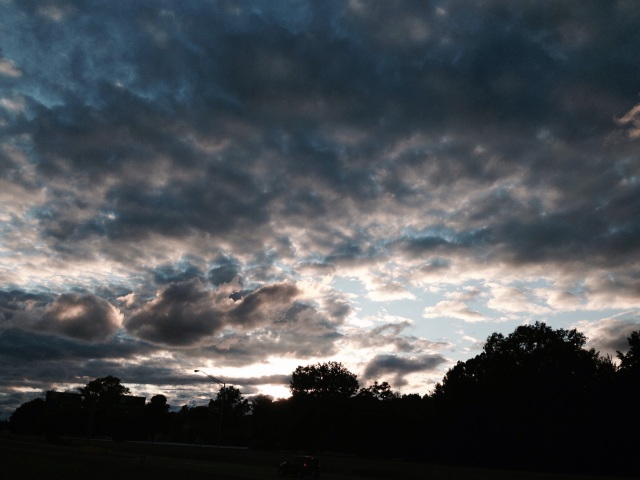 Do you want to grow in your knowledge of our Lord and Savior Jesus Christ, but aren’t sure where to start? Essential Daily Scriptures is a ministry for people who want to study God’s Word, but don’t have a lot of time. Each day’s study covers one verse and takes approximately fifteen minutes, incorporating significant amounts of Scripture directly from the NKJV Bible, so you’re able to get right into God’s Word with a minimal time investment on a daily basis. May “the Father of glory…give to you the spirit of wisdom and revelation in the knowledge of Him.” (Ephesians 1:17b)
View all posts by essentialdailyscriptures →
This entry was posted in Uncategorized and tagged Buddhism, Buddhist, Catholic, Hinduism, Islam, Jewish, Judaism, Lutheran, muslim, shinto. Bookmark the permalink.