Posted on April 3, 2013 by essentialdailyscriptures

Do you steal? Maybe you are offended to be asked, but even if you would never intentionally take what isn’t yours, there are many other ways in which we can be dishonest.

“Let him who stole steal no longer, but rather let him labor, working with his hands what is good, that he may have something to give him who has need.”(Ephesians 4:28 NKJV)

I was raised to be honest. Even though my mother’s parents succumbed to the “enlightenment” of the 20’s and 30’s and turned away from their faith, they retained a strong sense of integrity. It was this integrity in which my mother was raised, and which she effectively passed on to me. While there are many worse vices, in her eyes being dishonest was so bad that it has impacted me for life. I have made an effort to always be truthful, and would never intentionally take what is not mine. Yet not all dishonesty is a spoken lie, and not all theft involves physically taking what is not yours.

Most of us recognize explicit lies—untruths that are spoken—but a lie can be implicit as well. The girls and I are currently reading the classic, The Yearling. In it, Penny needs a new rifle and takes one of his dogs in trade to the Forresters. This is a very bad hunting dog who has without question proven himself unreliable. Yet Penny carries the dog gently in his hands, all the while verbally denying that the dog is a good hunting dog, which only serves to arouse the Forresters’ suspicions that Penny is hiding the true value of his dog from them. He leaves with an excellent weapon, never having explicitly lied about the dog, yet by his implicit behavior has misrepresented the true situation and deceived his neighbors into demanding a bad dog in trade. In the same way, we also can misrepresent the true nature of a situation through our behavior, without actually speaking a lie. The crux of the issue is whether there is intent to deceive—if so, our actions can be every bit as much a lie as our words.

We can also unintentionally lie by reneging on our word. In Matthew 5:37 Jesus tells us, “But let your ‘Yes’ be ‘Yes,’ and your ‘No,’ ‘No.’ For whatever is more than these is from the evil one.” We should not give oaths or swear in an effort to convince people we mean what we say; furthermore, an honest person does not have to resort to these types of tricks.  Years ago, a man’s word was the standard in a great many transactions. It was backed by his good name and reputation, and people took the Scriptural admonition more seriously. These days there has been a general decline in integrity to the point where written contracts are a necessity in business. Yet our word really should be our bond because life is unpredictable when you do not know if someone means what they promise or not, and it is unfair to others. Whether the intent is to deceive or not, giving your word and failing to deliver also ends up being a lie.

Stealing, likewise, does not always involve physically picking up something that isn’t yours and walking off with it. We steal anytime we take something that is not rightfully ours. Most people understand that “forgetting” to report income is theft, but there are other ways to steal. A reputation can be stolen by a careless comment. Time can be stolen from an employer by attending to personal matters on time they believe we are using to attend to theirs. Spouses can be stolen by seducing them away from the person they have pledged themselves to for life.

An unfair advantage can even be stolen. A situation I have found particularly difficult to navigate as a home school parent is the ambiguity over the amount of involvement I ought to exert in showing my children the level of effort and competence I expect from them in competition. As their teacher, I am accustomed to using every life experience as a teaching opportunity, and as their parent understandably I want them to succeed; when these two roles coincide, however, they can collude to obscure an objective understanding of what is fair and what is not, potentially  creating an injustice.

It is interesting that the Bible goes further than simply commanding those who used to steal to stop stealing and work to earn their own money. Not only are they to work to provide for themselves, but they are also to work so that they have something to give to others who are in need. This reveals God’s heart of not just not doing wrong, but of also actively engaging to do good.

Help us “labor, working…what is good, that we may have to give to him who has need.” Help us also recognize that dishonesty can have many faces and honor You in everything. Amen. 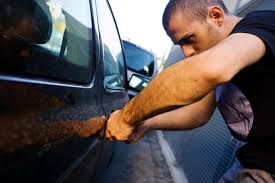 Do you want to grow in your knowledge of our Lord and Savior Jesus Christ, but aren’t sure where to start? Essential Daily Scriptures is a ministry for people who want to study God’s Word, but don’t have a lot of time. Each day’s study covers one verse and takes approximately fifteen minutes, incorporating significant amounts of Scripture directly from the NKJV Bible, so you’re able to get right into God’s Word with a minimal time investment on a daily basis. May “the Father of glory…give to you the spirit of wisdom and revelation in the knowledge of Him.” (Ephesians 1:17b)
View all posts by essentialdailyscriptures →
This entry was posted in Ephesians and tagged dishonesty lying, give to him who has need, integrity, theft, working what is good. Bookmark the permalink.